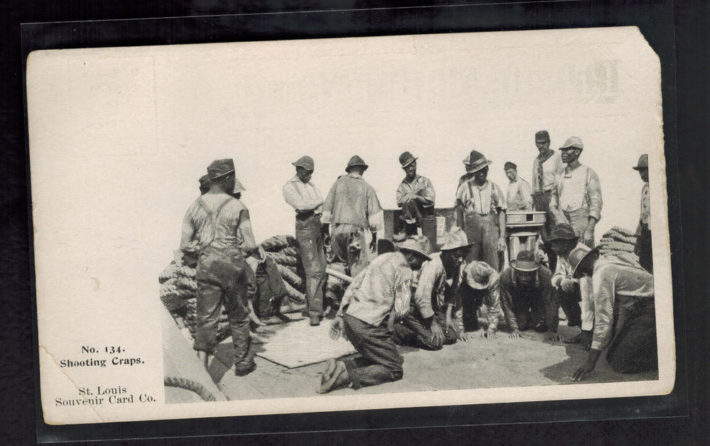 It was one of the greatest blues men, Blind Willie McTell, who on a wintry day in November, 1940, cut the first known recording of Crapshooter in the style of the rural blues, in Atlanta, Georgia (McTell’s home state) for the Library of Congress based in Washington D.C.  It was a gothic old time blues song he was to re-record on two more occasions in the post-war period. 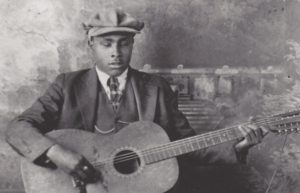 Blind Willie McTell’s first known recording of Crapshooter as has already been stated was in November, 1940, and as part of his introduction to this version he states “I am gonna play this song that I made myself, originally this is from Atlanta”.  McTell’s third and final version has a lengthy spoken introduction including the claim “I started writin’ a song in ’29, though I didn’t finish it, I didn’t finish it  til 1932.”

Little Jesse was a gambler, night and day
He used crooked cards and dice
He was a sinful boy, good hearted but had no soul
His heart was hard and cold like ice

Little Jesse was a wild, reckless gambler, won a gang of change
And many a-gambler’s heart he left in pain
Little Jessie begin to lose his money but he was all alone
And his heart had even turned to stone

Send poker players to the graveyard
Dig my grave with the ace of spades
I want twelve polices in my funeral march
High sheriff playin’ blackjack, lead the parade

His head was achin’, heart was thumpin’
Little Jesse went down bouncin’ and jumpin’
Folks don’t be standin’ around ole Jesse cryin’
He wants everybody to do the Charleston whilst he dyin’