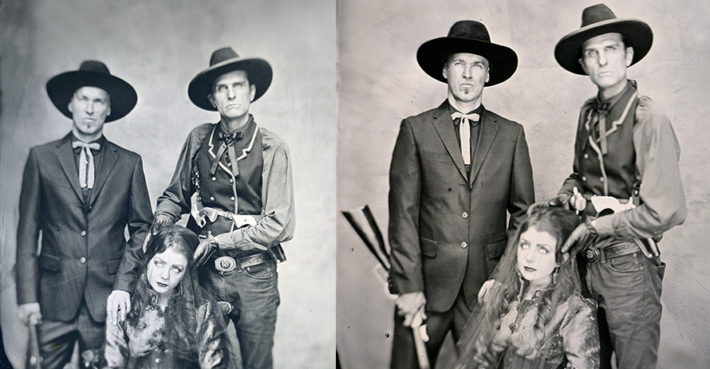 Allan Barnes is an editorial and fine art photographer from Detroit, Michigan, where he was a contributing photographer to the New York Times, Detroit Free Press, Spin, and Metropolis Magazine. After 25 years as an editorial photographer, he began working in the Wet Plate Collodion Process and currently specializes in portraiture and fashion as well as modern gothic tintype photography. He has also worked as a freelance photojournalist and voice-over artist in Mexico DF, Mexico. His studio is in the North San Francisco Bay Area, where he also teaches photography classes at Petaluma High School.

Interview by The Photo Palace