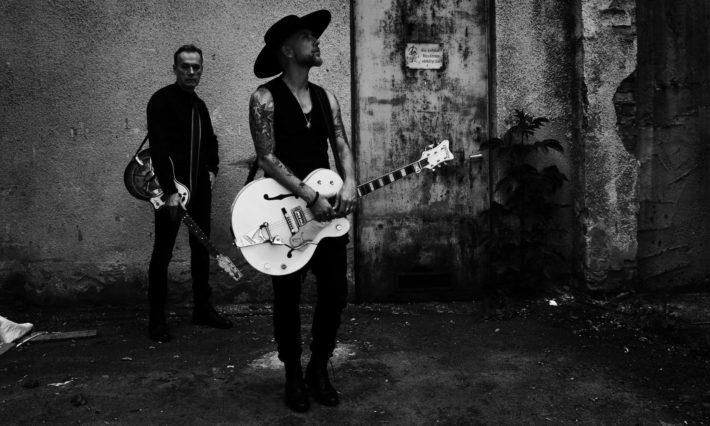 Me and That Man, a stripped-down exercise in melodramatic, sandblasted hard rock Americana, is Behemoth frontman Nergal’s collaboration with folk stalwart John Porter that draws from many of the same thematic sources that Behemoth have plundered at breakneck speed and excruciating volume over the years. The difference is that this is firmly in acoustic territory, where blues, folk and country collide and Nergal unveils a new, more intimate voice for his inner demons. Superficially, the likes of anthemic opener My Church Is Black, the woozy Voodoo Queen and tense, unsettling closer Ain’t Much Loving belong in a sonic realm built by Johnny Cash, Nick Cave and (as the album’s title suggests) Leonard Cohen. But Nergal is one of extreme metal’s few true eccentrics, and his obvious delight at finding a new way to explore life’s scariest shadows provides the infernal oomph that makes this unexpected detour so enthralling. Anyone who knows their country or blues understands that its subject matter can be at times a tad on the dark side, with songs about faith, travelling the open road and of course the Devil, it’s just black and broody enough for a creative visionary to get stuck into. Darski quite clearly has a lot to get off his chest and it seems he’s found a liberating genre to bury some demons in.

Darski ended up with renowned English/Polish legend Porter to form perhaps this years most interesting new band. An extreme choice perhaps for the extreme musician, but where there is music there are stories and here Darski pours a drink and tells his wicked tales. Off comes the corpsepaint and on goes the preachers hat. Nergal fans will either love or hate debut album Songs of Love and Death, but all with deeply respect its musicianship and authenticity in its passionate hard rock Americana delivery.