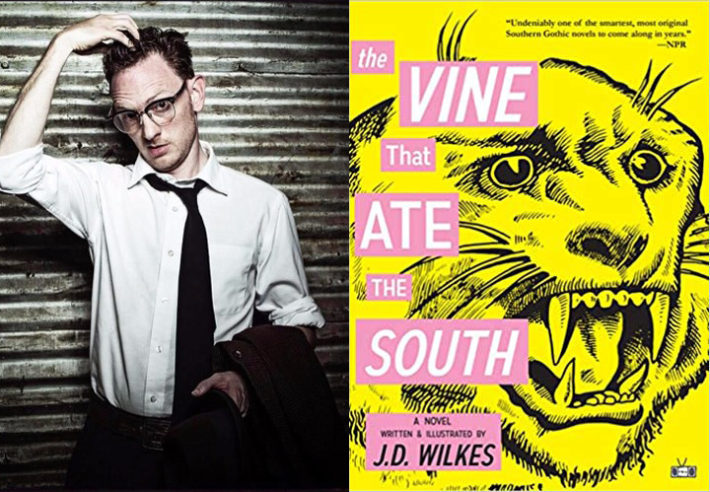 In The Vine That Ate The South JD Wilkes explores a forgotten corner of western Kentucky where there lies a haunted forest referred to locally as “The Deadening,” where Southern Gothic mythology and vampire cults roam wild and time is immaterial. The protagonist and his accomplice—the one and only Carver Canute—set out down the Old Spur Line in search of the legendary Kudzu House, where an old couple is purported to have been swallowed whole by a hungry vine. Their quest leads them face to face with albino panthers, Great Dane-riding girls, protective property owners, and just about every American folk-demon ever, while forcing the protagonist to finally take stock of his relationship with his father and the man’s mysterious disappearance. 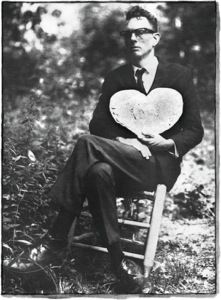 The narrator of Wilkes’ novel — unnamed except for an unfortunate and unprintable childhood nickname — decides to make the macabre tableau the destination of “my first and last childhood adventure, albeit one conducted in my thirties.” His own upbringing was anything but carefree; he grew up poor, and lost his father (under mysterious circumstances) at a young age. “I am weak and incomplete,” he says, “the curse of a fatherless home.”

Wilkes peppers the narrative with flashbacks to the narrator’s childhood and a series of philosophical meditations on religion, folk tales and the culture of Kentucky. The narrator has fond memories of his education in a charismatic Christian school, but now harbors doubts that God exists at all. “I really hope there’s a God,” he reflects at one point. “And not an all-knowing One, because then I’d be mad at Him for all the evil and suffering. Yeah, I hope He’s kind of a dumbass. With coke-bottle glasses, mismatched socks, and maybe his fly is open. Because how can you stay mad at that?”

The novel takes us through a convoluted Southern maze of mythology and folklore great and sundry, including a Sin Eater, the Bell Witch, Mothman, yelling traveling evangelists, and of course, a lot of kudzu, the vine that ate the South and might eat you too, as likely as not.