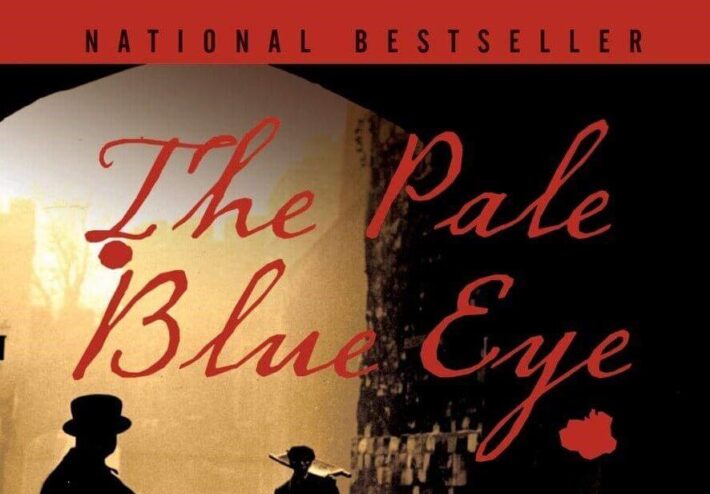 The Pale Blue Eye is an Edgar Allan Poe mystery tale: At West Point Academy in 1830, the calm of an October evening is shattered by the discovery of a young cadet’s body swinging from a rope just off the parade grounds. An apparent suicide is not unheard of in a harsh regimen like West Point’s, but the next morning, an even greater horror comes to light. Someone has stolen into the room where the body lay and removed the heart. 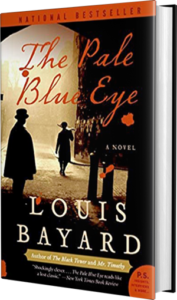 At a loss for answers and desperate to avoid any negative publicity, the Academy calls on the services of a local civilian, Augustus Landor, a former police detective who acquired some renown during his years in New York City before retiring to the Hudson Highlands for his health. Now a widower, and restless in his seclusion, Landor agrees to take on the case. As he questions the dead man’s acquaintances, he finds an eager assistant in a moody, intriguing young cadet with a penchant for drink, two volumes of poetry to his name, and a murky past that changes from telling to telling. The cadet’s name? Edgar Allan Poe.

Impressed with Poe’s astute powers of observation, Landor is convinced that the poet may prove useful—if he can stay sober long enough to put his keen reasoning skills to the task. Working in close contact, the two men—separated by years but alike in intelligence—develop a surprisingly deep rapport as their investigation takes them into a hidden world of secret societies, ritual sacrifices, and more bodies. Soon, however, the macabre murders and Landor’s own buried secrets threaten to tear the two men and their newly formed friendship apart.

A rich tapestry of fine prose and intricately detailed characters, The Pale Blue Eye transports readers into a labyrinth of the unknown that will leave them guessing until the very end.