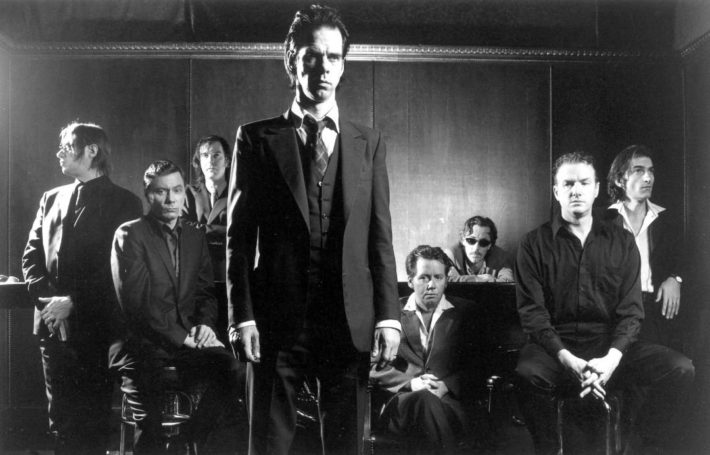 Nick Cave and the Bad Seeds were formed in 1983 by vocalist Nick Cave, multi-instrumentalist Mick Harvey and guitarist Blixa Bargeld. The band has released many albums and completed numerous international tours, and has been considered “one of the most original and celebrated bands of the post-punk and alternative rock eras in the ’80s and onward”. They are definitely among the innovators of Southern Gothic Rock Music. 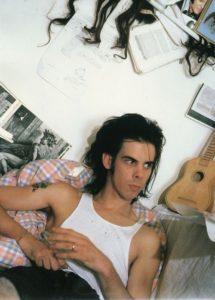 Nick Cave and the Bad Seeds really started getting into the darkness of Southern Gothic in 1985 with the release of The Firstborn Is Dead. The album was heavily influenced by the Gothic Americana of the American South and blues music, exemplified in songs such as “Tupelo” and “Blind Lemon Jefferson”, which reference the birth of Elvis Presley and Blind Lemon Jefferson respectively. Released the following year, the cover version album Kicking Against the Pricks explored such influences more directly with renditions of material by Johnny Cash, John Lee Hooker and Leadbelly.

1986’s Your Funeral, My Trial and Tender Prey, the dark, brooding 1988 follow-up, brought the band further into the swampy dankness, as the single “The Mercy Seat” chronicled an unrepentant prisoner on death row (The track later was covered by Cash on his 2000 album American III: Solitary Man). Other forays into the genre include 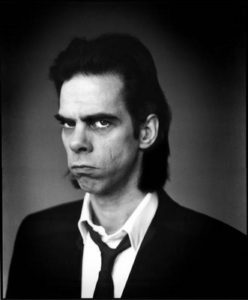 Cave’s first novel And the Ass Saw the Angel (published in 1989); and in 1996 the band released Murder Ballads, an album consists of new and traditional murder ballads, it includes a cover of the folk song “Henry Lee”—a duet with British rock singer PJ Harvey.

Catherine Girodet wrote a piece called “Nick Cave and the American Southern Gothic: Hybridising the Tune” in which she stated, “Nick Cave’s idiosyncratic musicscape is haunted by the ghosts of gothic geographical and cultural landscapes, notably by the American Deep South. This cross-cultural hybridisation imparts Cave’s musical text with distinct American folk music overtones, whilst providing his lyrical scope with a Southern Gothic thematic palette of transgression, insanity and the barbaric. Moreover, Cave’s encounter with the Deep South exposes his music to the literary tradition of the Southern Gothic, thus paving the way for a generic crossover from popular music to literature.”