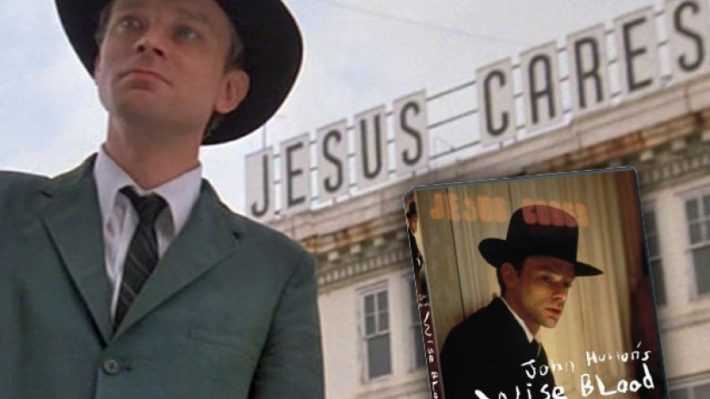 After returning home from World War II, uneducated and irreligious U.S. Army veteran Hazel Motes (Brad Dourif) decides to make his way in the world by impersonating a priest and starting his own religion (somewhat aptly called “The Church Without Christ”). Motes soon attracts a follower — 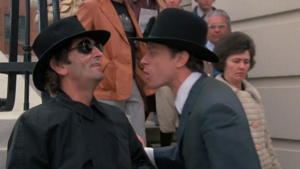 John Huston’s 1979 adaptation of the Flannery O’Connor novel is a strange mixture of black comedy, rural music, and religious hucksterism. John Huston’s directorial career is full of examples of his like-minded distrust of authority and his somewhat cynical view of the human condition. One just needs to look at Huston the actor in the final scenes of Chinatown for the ultimate in taboo revelations.

O’Connor’s novel was published in 1952, and it portrayed a post-War American South that the industrial age has all but abandoned. Huston updates the story in so much as he doesn’t really set it in any specific timeframe. That timelessness ultimately works in favor of Wise Blood, which is one of the stranger films of John Huston’s extensive career, to be sure. Lauded at Cannes, a critical hit but a box-office curiosity, Wise Blood is too diverting, entertaining and thought-provoking to ignore. 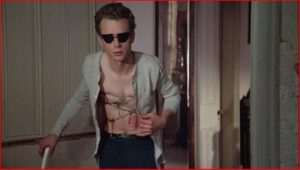 To add to the bizarre feel of the film, John Huston is credited in all the titles as “Jhon Huston”. Producer Michael Fitzgerald later explained that, wanting to have a child-like look to the credits, they had an actual child write the names. The child misspelled Huston’s first name, but they liked it and kept it, as a metaphor for the artificial, off-kilter tone of the story.

You can get you copy of this engaging film HERE.