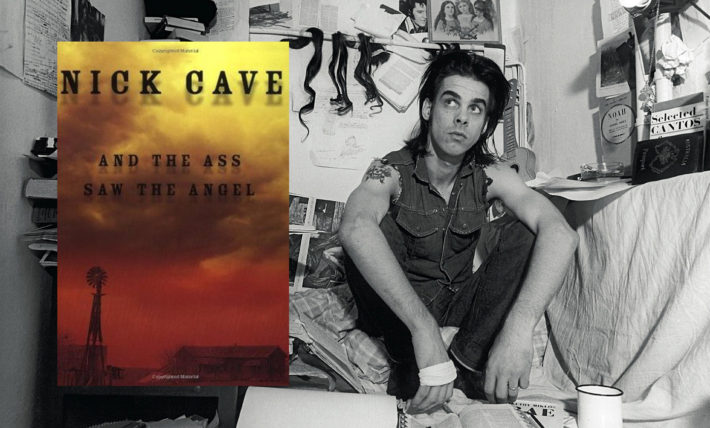 And the Ass Saw the Angel , the first Nick Cave novel, is an inventive tall tale featuring (and lampooning) religious fanaticism and bizarre dogma. Euchrid Eucrow, despised and isolated son of a trapper father and unseemly mother, grows up mute but spiritually inspired during the 1940s and ’50s in fictitious Ukulore, a seedy swamp inhabited by Erskine Caldwell-like characters always on the verge of parody, but dark enough to capture the readers interest. Nick Cave’s cult classic was republished in 2009 in a 20th-anniversary edition, to coincide with the release of his second novel (“The Death of Bunny Munro”). And the Ass Saw the Angel has been, read the press release of the time, “completely revised… cut down and reorganized by the author so the plot is clarified and the characters stand out more clearly. The book retains all its brilliance but is more accessible to the general reader.”
While more of a southern gothic novel than a gothic western one, And the Ass Saw the Angel is evocative of Cormac McCarthy with a healthy dose of William Faulkner. Cave does a masterful job tracing Euchrid’s misadventures in a gothic narrative full of the “freakish music of the darktime”. Through the child Cave offers lucid insight into dark matters: “All about me the world seemed in need of attention.” And for a writer who, that the time, had never visited the part of country he was writing about, And the Ass saw the Angel ranks as a stellar debut. Grab Nick’s book HERE.