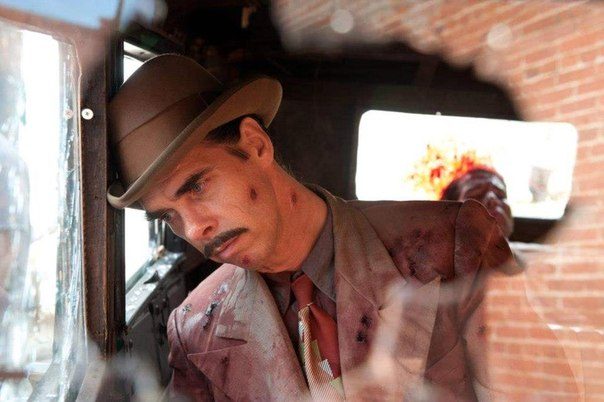 Listening to 85-year-old bluegrass legend Ralph Stanley sing Captain Beefheart and Velvet Underground songs on the soundtrack to Lawless is certainly disorienting – which is the effect Nick Cave and the Bootleggers wanted for his film. the result is pure Nick Cave Southern Gothic.

Cave wrote the screenplay and worked with his Bad Seeds and Grinderman collaborator Warren Ellis to score the movie, which is based on a novel by Matthew Bondurant about a family of bootleggers living in Virginia during the Depression. Cave and Ellis sought a sound that evoked the Thirties era of the movie while also transcending it. 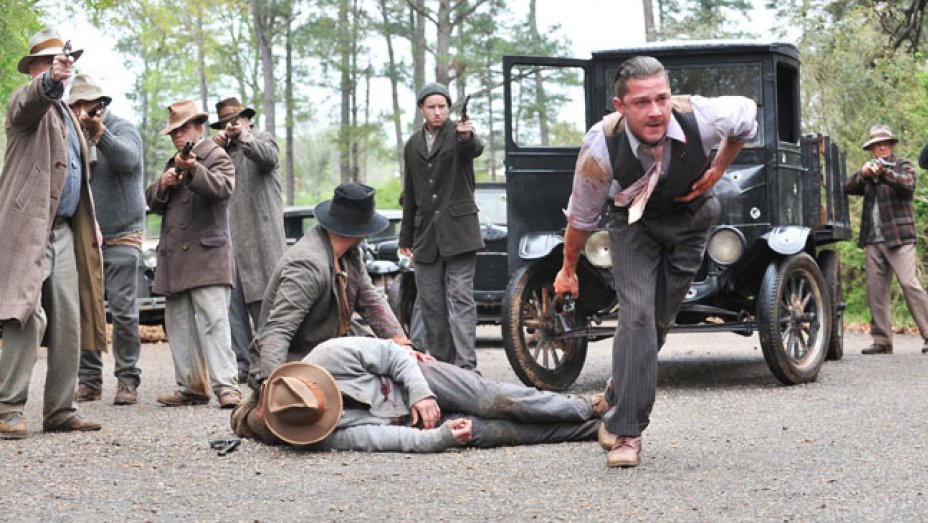 Hoping to achieve a consistency of tone throughout the movie, Cave and Ellis dubbed themselves the Bootleggers and recorded punk-bluegrass versions of songs, including Link Wray’s “Fire and Brimstone,” Townes Van Zandt’s “Fire in the Blood,” Captain Beefheart’s “Sure ‘Nuff Yes I Do” and the Velvet Underground’s “White Light/White Heat.” Because Cave wasn’t interested in singing the whole soundtrack – “The last thing I wanted was to listen to my fucking voice the whole time we were working on it,” he says – the idea was to recruit vocalists to accompany them. Emmylou Harris and the Duke Spirit’s Liela Moss signed on without reservation.

Cave and director John Hillcoat discussed the soundtrack before Cave began the screenplay, so he wrote it with particular songs paired to scenes. The a cappella versions that Stanley turned in necessitated revisions to the script. “We had to make room for these songs of his because they were so special,” Cave says. “There’s something really beautiful about those versions that he did. There’s a kind of adventuring feel about it – he’s stepping into something that he’s not fully acquainted with.”

The Bootleggers didn’t let their versions of the songs that Stanley declined go to waste. Mark Lanegan recorded vocals for the Beefheart, Velvets and Link Wray songs and both versions appear on the soundtrack album.