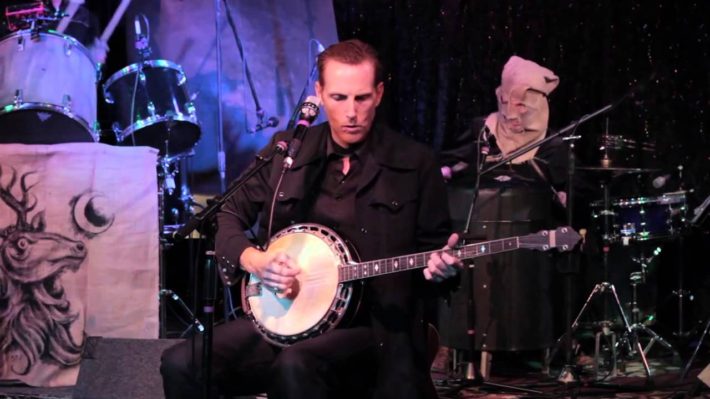 Welcome to the dark Gothic hymns of Munly, a banjo player, guitarist, singer, and songwriter based in Denver, Colorado. He has played a significant role in the development of the “Denver Sound”, music that mixes elements of country, gothic, folk and gospel. He is a member of Slim Cessna’s Auto Club, Scott Kelly and The Road Home, and Denver Broncos UK as well as the leader of his own band, Munly and the Lee Lewis Harlots. Prior to working with the Harlots, Munly released several solo albums recording with a vast array of musicians. Some of these performers included members of Slim Cessna’s Auto Club, Devotchka, and future members of Munly and the Lee Lewis Harlots. In July 2006, Munly and the Lee Lewis Harlots was voted the best band in Colorado by over 100 music experts in the Denver Post Underground Music Poll. Munly is also a published author who has received the Southern Heritage Award and the Young North American Playwright Award for his work. He has also appeared in Shooter Jennings’ The Other Life (2013) and Seven Signs: Music, Myth & the American South (2008).

Munly’s music has ties to alt-country and Gothic-Americana. Common themes include religion, violence and dysfunctional relationships; often they are intertwined. His increasingly narrative songs often feature banjo and, since the recording of Jimmy Carter Syndrome, strings.