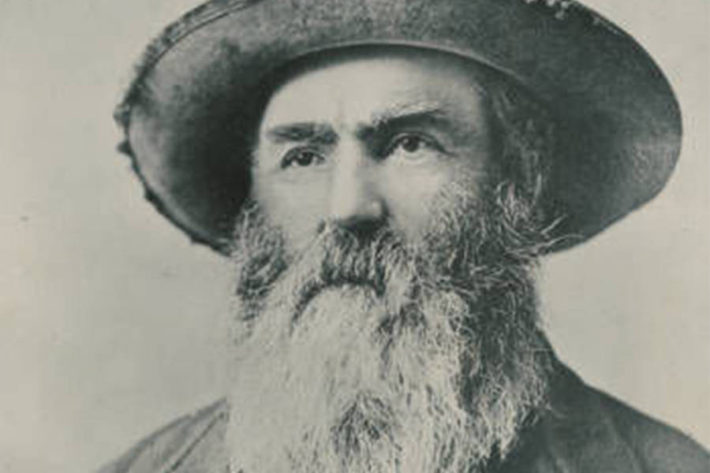 On January 21, 1900 Liver Eating Johnson, one of the Old West’s most intriguing and gruesome men, died in a veterans’ hospital in California.  This was a strange ending for this man who was depicted in a movie Starring Robert Redford called Jeremiah Johnson.

John Johnson was a red bearded giant of a man who headed to the mountains when most mountain men were leaving them.

Johnson took a Flathead woman as his wife.  One day when he was away trapping, a Crow raiding party killed his wife, and the baby she was carrying.

This started the legend for which Liver Eating Johnson is known.  For 20 years Johnson took revenge against the Crow in a savage and bloody way.  He supposedly killed as many as 300 Crow Indians, with a few Sioux thrown in for extra measure.  And legend says he ate the livers of the Indians he killed.

Later Liver Eating Johnson came out of the mountains, and joined the Union Army during the Civil War.  After the war, he was a deputy sheriff in Wyoming.

As he got older, Johnson wisely made peace with the Crow Indians.  And on January 21, 1900, he died in a veterans’ hospital in California.

Why did John Johnson eat the livers of the Indians?  Was he a cannibal?  Technically, yes.  But Indians often ate the raw liver of animals they killed.  They believed it would transfer the power of the animal to the hunter.  Maybe he wanted the Indians to think that anyone who would do something this gruesome was touched by the Great Spirit.