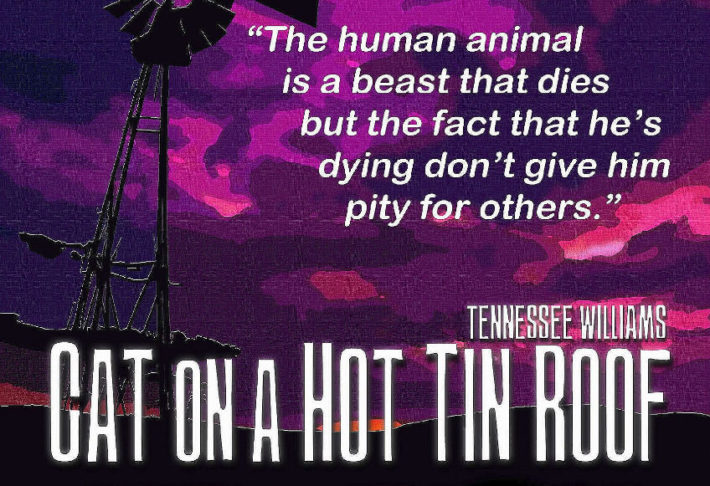 Cat on a Hot Tin Roof first heated up Broadway in 1955 with its gothic American story of brothers vying for their dying father’s inheritance amid a whirlwind of sexuality, untethered in the person of Maggie the Cat. The play also daringly showcased the burden of sexuality repressed in the agony of her husband, Brick Pollitt. In spite of the public controversy Cat stirred up, it was awarded the Pulitzer Prize and the Drama Critics Circle Award for 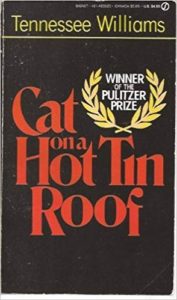 that year. Williams, as he so often did with his plays, rewrote Cat on a Hot Tin Roof for many years—the present version was originally produced at the American Shakespeare Festival in 1974 with all the changes that made Williams finally declare the text to be definitive, and was most recently produced on Broadway in the 2003–2004 season. This definitive edition also includes Williams  essay “Person-to-Person,” Williams’ notes on the various endings, and a short chronology of the author’s life. One of America’s greatest living playwrights, as well as a friend and colleague of Williams, Edward Albee has written a concise introduction to the play from a playwright’s perspective, examining the candor, sensuality, power, and impact of Cat on a Hot Tin Roof then and now.

Cat on a Hot Tin Roof is a play by Tennessee Williams. One of Williams’s more famous works and his personal favorite, the play won the Pulitzer Prize for Drama in 1955. Set in the “plantation home in the Mississippi Delta of Big Daddy Pollitt, a wealthy cotton tycoon, the play examines the relationships among members of Big Daddy’s family, primarily between his son Brick and Maggie the “Cat”, Brick’s wife.

The gothic American story of Cat on a Hot Tin Roof features motifs such as social mores, greed, superficiality, mendacity, decay, sexual desire, repression and death. Dialogue throughout is often rendered phonetically to represent accents of the Southern United States. The original production starred Barbara Bel Geddes, Burl Ives and Ben Gazzara. The play was adapted as a motion picture of the same name in 1958, starring Elizabeth Taylor and Paul Newman as Maggie and Brick, with Burl Ives and Madeleine Sherwood recreating their stage roles. Williams made substantial excisions and alterations to the play for a revival in 1974. This has been the version used for most subsequent revivals, which have been numerous.