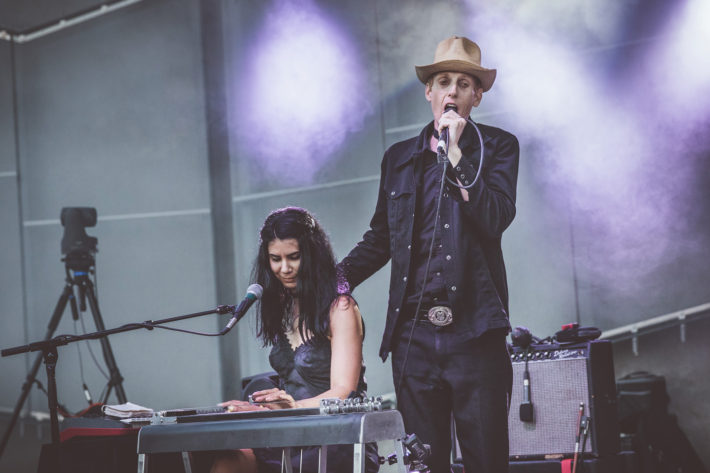 Slim Cessna’s Auto Club (originally formed in 1992 in Denver, Colorado) has been referenced as an American experimental rock band. But on closer inspection, the band imagery and sound is all that encompasses Southern Gothic roots music. From vocalist Slim Cessna’s odd-but-earnest fronting of the band, to guitar/banjo/vocalist Munly Munly’s other-wordly demeanor, SCAC provide just the right blend of roots and gothic to get a high ranking from those of us at Southern Gothic Bible. Jello Biafra has referred to them as “The country band that plays the bar at the end of the world”, and they’ve been referred to as the best live band in America by Spin Magazine. 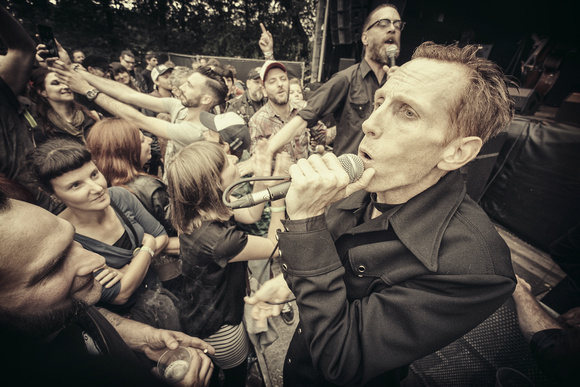 Cessna is the founder, and is formerly a member of The Denver Gentlemen along with David Eugene Edwards and Jeffery-Paul of 16 Horsepower. Jay Munly (often credited as “Munly Munly”) is also a key member of the current lineup of the band, and as of late is the sole song writer. In addition to contributing vocals, guitar, and banjo, he also serves as a sidekick to Cessna on stage. Of Munly’s exclusive role as the band’s songwriter Cessna has said, “We play to our strengths, and Munly’s has always been songwriting. I’m mostly good at putting on a show and acting like an idiot.” The two also have a side project called Denver Broncos UK that has toured as well.

In September 2016, Slim Cessna’s Auto Club released their sixth studio album, titled “The Commandments According To SCAC,” on SCACUNINCORPORATED (North America) and on Glitterhouse Records (Europe.) Get SCAC music HERE.