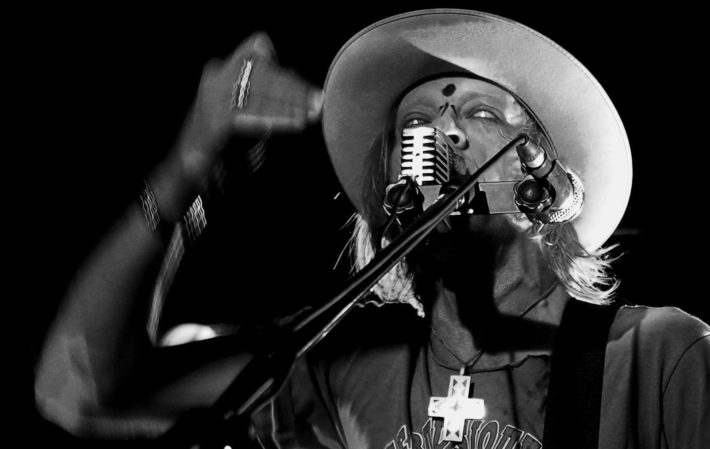 David Eugene Edwards – Roadburn 2020 Appearance Anounced – David Eugene Edwards has graced Roadburn with his presence on two occasions as part of Wovenhand. Each performance pulsated with energy and elevated the sets to be highlights of each respective edition of the festival – in no small part due to David’s electrifying presence. He is coming back to Roadburn,  this time as part of Emma Ruth Rundle’s curation, The Gilded Cage. David will perform an acoustic, solo set that promises to showcase the diversity of his delivery and the nuances of his craft. Through his work with 16 Horsepower, Wovenhand, and as a solo artist, David has become something of a powerful storyteller via his music. With themes of faith, love, and struggle, his musical wares are redolent of traditional American storytelling, and steeped in the lessons of his own personal journeys. Comfortably utilising a myriad of instruments to pull together a signature sound that straddles country, Americana, blues rock and more, David Eugene Edwards has become a recognisable force in representing heavy music in an atypical form.

Live performances are more of an expression of emotion and spiritual intent than a means of entertainment. An intensity permeates each and every live manifestation of the message that David Eugene Edwards is spreading. We expect that Roadburn 2020 will be much the same – an acoustic, solo presentation unlikely to dim the fluorescence of his passion.

Of her choice to invite David, Emma comments: “I first saw David Eugene Edwards playing as Wovenhand at Spaceland in Los Angeles in the mid 2000’s. I believe he was touring on the album Mosaic at the time. The performance felt intimate and was more stripped down back then, compared to the powerhouse the project and band have evolved into. I’ve had the immense pleasure and honor of opening for Wovenhand in more recent years on a few tours and have come to know and love all the catalogue.

“To witness the band is like being at the edge of some kind of stampede and I can never see it enough but It’s been a secret wish to see DEE playing solo and delivering the songs in their most bare forms. This was the very first thing that came to mind when I was asked to co-curate Roadburn and it’s going to be a rare and precious jewel of a performance.”

David Eugene Edwards will perform as part of Emma Ruth Rundle’s The Gilded Cage at Roadburn 2020.