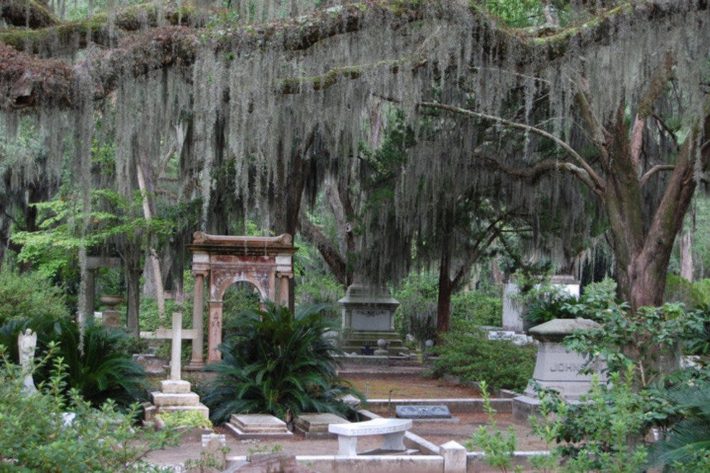 Midnight in the Garden of Good and Evil is a non-fiction Southern Gothic novel by John Berendt. The book, Berendt’s first, was published in 1994 and follows the story of an antiques dealer on trial for the murder of a male prostitute. Subtitled A Savannah Story, with an initial printing of 25,000 copies, the book became a New York Times Best-Seller for 216 weeks following its debut and remains the longest-standing New York Times Best-Seller. 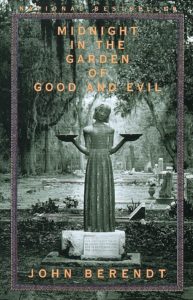 The book was subsequently made into Clint Eastwood’s 1997 film adaptation, with several characters’ names changed to protect their privacy.

Midnight in the Garden of Good and Evil is atmospherically Deep South coastal (Savannah, Georgia, and Beaufort, South Carolina) and Southern Gothic in tone, depicting a wide range of eccentric personalities in and around the city of Savannah, Georgia.

The central narrative concerns the shooting of Danny Hansford, a local male prostitute (characterized as “a good time not yet had by all” by Prentiss Crowe, a Savannah socialite), by respected antiques dealer Jim Williams, who was also his employer. This resulted in four murder trials, with the fourth ending in acquittal after the judge finally agreed to a change of venue to move the case away from the Savannah jury pool. The book describes Williams’ version of the killing, which is that it was in “self-defense”—the result of Hansford, who is prone to fits of rage, shooting at Williams with a gun that is on display, and Williams shooting back to protect himself—and not murder, pre-meditated or otherwise, by Williams. The death occurred in Williams’ home, Mercer House.

The book highlights many other notable Savannah residents as well, including The Lady Chablis, a local transgender woman, club performer and entertainer. Chablis provides both a Greek chorus of sorts as well as a light-hearted contrast to the more serious action. Chablis was given a dedicated chapter, as was Emma Kelly, the “lady of 6,000 songs”