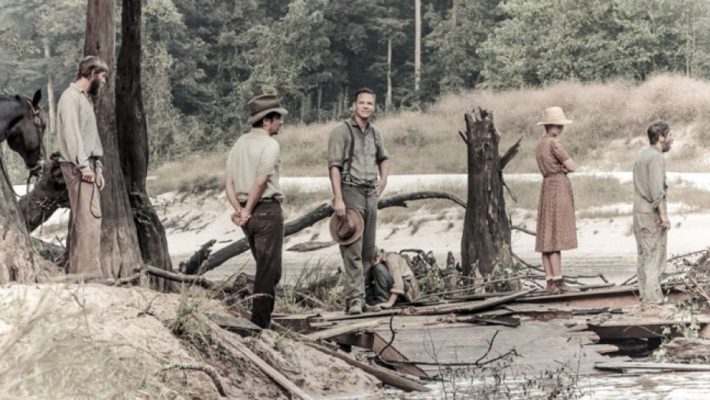 Adapted from the 1930 classic American novel by William Faulkner, the story chronicles the Bundren family as they traverse the Mississippi countryside to bring the body of their deceased mother Addie to her hometown for burial. Addie’s husband Anse and their children, Cash, Darl, Jewel, Dewey Dell, and the youngest one Vardaman, leave the farm on a carriage with her coffin – each affected by Addie’s death in a profound and different 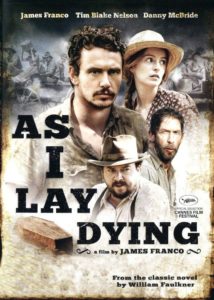 way. Their road trip to Jefferson, some forty miles away, is disrupted by every antagonistic force of nature or man: flooded rivers, injury and accident, a raging barn fire, and — not least of all — each individual character’s personal turmoil and inner commotion which at times threaten the fabric of the family more than any outside force. James Franco’s Southern Gothic picture received very mixed reviews.

Franco decided to write a screenplay of the novel with a fellow Yale graduate student Matt Rager. The novel As I Lay Dying was described as a story impossible to be transformed into a film due to the multi-narrative voices within it. Franco saw this as a challenge and chose to depict the many voices through choices of styling, through camera edits. Faulkner told the story in a chorus of voices: 15 narrators in the 59 chapters. To locate an equivalent for the novel’s polyphonal scheme, Franco employed the use of narrative expressed through dialogue and voice overs.

Kyle Smith of the New York Post was very harsh, declaring, “Franco dilutes the drama with first-year-film-student gimmicks, like split screens and slow motion, it just seems like a dull collection of pointless monologues from actors who can’t even be bothered to match up their accents.” A. O. Scott of The New York Times said, “But in rushing in where wise men might fear to tread, Mr. Franco has accomplished something serious and worthwhile. His As I Lay Dying is certainly ambitious, but it is also admirably modest. The script, written by Mr. Franco with Matt Rager, tries to pare Faulkner’s multivoiced narrative to a manageable essence.”