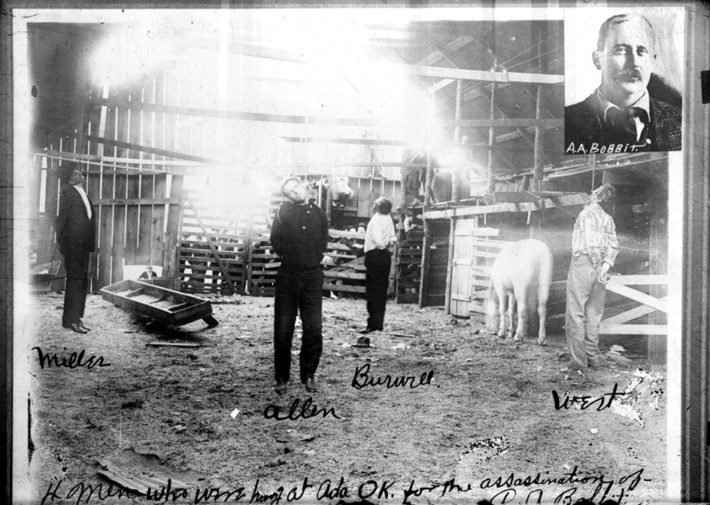 Deacon Miller was a little man who was quiet, and never cussed. He dressed like a traveling minister, and was an avid churchgoer. At the same time, this Jekyll-Hyde character was the most ruthless assassin of southern gothic lore. It’s estimated that 40 or more people died from lead that came from his guns… Some of them were even his relatives. His contracts were usually carried out on unarmed men from behind a rock or tree, while using a rifle.

There are those who say he was involved with the death of Pat Garrett, the lawman who shot Billy the Kid. A man named Brazel, who was renting Garrett’s ranch confessed to killing Garrett. But at the time, a mysterious man, who fit Deacon Miller’s description, by the name of Adamson, was negotiating the purchase of the ranch. Some feel if he didn’t actually pull the trigger, he paid Brazel to do it. But like many theories about events from the Old West, we’ll probably never know the truth.

Deacon Miller’s last contract kill was on a lawman named Gus Babbitt. As was his style, Miller ambushed Babbitt. Unfortunately, Babbitt lived long enough to describe Miller. Miller and his three helpers were arrested.
Now, Deacon Miller was noted for being a smooth-talker. And he bragged that with his ability to con, and a high priced lawyer, he was going to beat this rap. Some of the Ada, Oklahoma locals believed him. So, on April 19, 1909 they broke Deacon Miller and his three friends out of jail; escorted them to a barn; and hanged them. Deacon Miller went to his reward. And there was little doubt by anyone who knew him, the direction in which that reward was located.