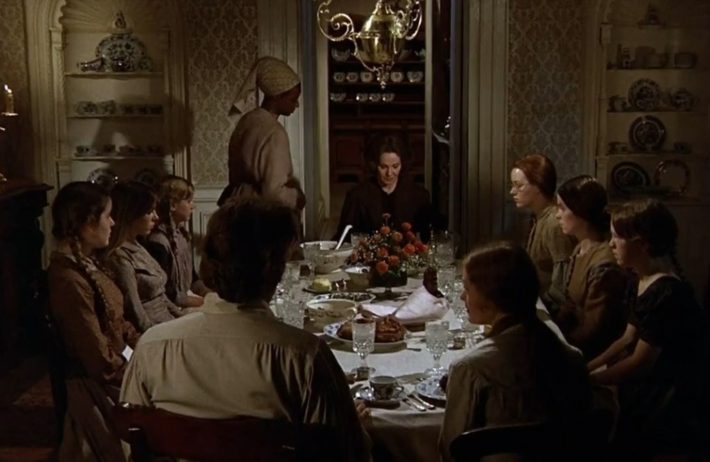 The Beguiled is a 1971 American Southern Gothic film directed by Don Siegel, starring Clint Eastwood and Geraldine Page. The script was written by Albert Maltz and is based on the 1966 novel written by Thomas P. Cullinan, originally titled A Painted Devil. 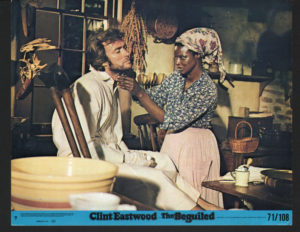 As the costly American Civil War still rages on, a 12-year-old student of the forgotten Miss Martha Farnsworth’s Seminary for Young Ladies in warm and humid Mississippi stumbles upon a gravely wounded Union soldier, John McBurney. Taken in to recover from his injuries, the Corporal is imprisoned in a small room inside the mansion, however, before long, the seductive and unwanted guest will manage to take advantage of the female inhabitants’ wartime-subdued desires. But is really McBurney in control over the situation?

The film received major recognition in France, and was proposed by Pierre Rissient to the Cannes Film Festival, and while agreed to by Eastwood and Siegel, the producers declined. It would be widely screened in France later and is considered one of Eastwood’s finest works by the French. The film was poorly marketed and in the end grossed less than $1 million, earning less than a fourth of what Sweet Sweetback’s Baadasssss Song did at the same time(!) and falling to below 50 in the charts within two weeks of release.

Made right before Dirty Harry, this was a bold early attempt by Eastwood to play against type. It was not a hit, likely due to uncertainty on Universal’s part concerning how to market it, eventually leading them to advertise the film as a hothouse melodrama: “One man…seven women…in a strange house!” “His love… or his life…” According to Eastwood and Jennings Lang, the film, aside from being poorly publicized, flopped due to Eastwood’s being “emasculated in the film”. The film’s poster, for example, shows him with a gun, suggesting an action movie, but the only action consists of a few seconds of flashback to Eastwood’s character in battle before being wounded.