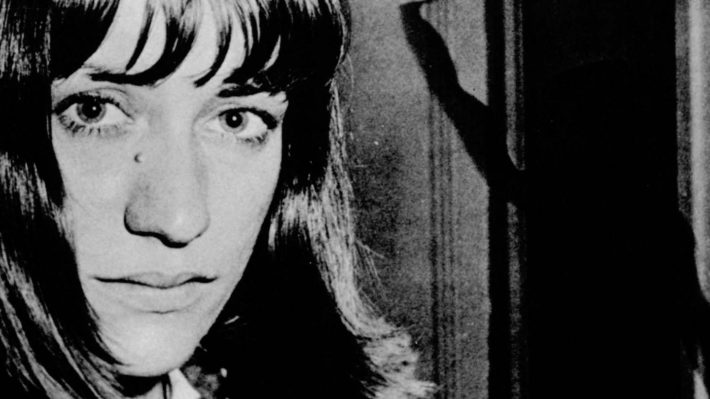 Margaret Eby wrote this fantastic piece on southern gothic folklorist Kathryn Tucker Windham a while back for the Paris Review, we thought our readers would enjoy it:

To grow up in the South is to be fed a steady diet of grits and ghost stories. Ask any household in Alabama, and they’ll tell you about a friend or family member with a rogue phantom that blows out candles or stomps around in the attic. Being haunted is a permanent condition below the Mason-Dixon, one that defines the region as much as the voracious kudzu and the iced tea so sugary it hurts your teeth. William Faulkner, who was known to spin particularly scary fireside stories, described the Deep South in Absalom, Absalom! as “dead since 1865 and peopled with garrulous outraged baffled ghosts.”

No one knew that better than Kathryn Tucker Windham, an Alabama folklorist who spent much of her life collecting and patiently preserving Southern superstitions, recipes, and, most of all, ghost stories. Before passing away last June at the age of ninety-three, Windham published four cookbooks, eight ghost-story collections, and more than a dozen works of regional mythology, memoir, and fiction, most of them featuring her own household ghost, a Slimer-esque jester whom the Windhams affectionately named Jeffrey.

Windham’s voice is unforgettable. In high school, I would listen to All Things Considered every couple weeks to hear her explain, in her rolling, sticky Southwest Alabama accent, the canoe fighting of the Creek Indian War or the boll weevil statue in Enterprise, Alabama, erected in honor of the pest that forced local farmers to diversify their crops. She hunted through cemeteries, traced old wives tales back to their sources, and described the grandeur of crumbling mansions spared by the Union army only to rot from neglect. “I don’t care whether you believe in ghosts,” Windham was fond of saying. “The good ghost stories do not require that you believe in ghosts.” 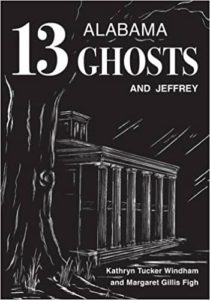 The ghosts that Windham believed in weren’t the green spectral presences captured by bounty hunters armed with flotillas of infrared photographic equipment, nor are her tales the ax-murderer campfire lore used to make children jump. They’re extensions of local history, real events pickled in tall tales. After all, Windham’s talent for a good yarn came out of her experience as a journalist: fresh out of college in 1939, she became a police reporter at The Alabama Journal at a time when a woman in the newsroom was, as one remembrance put it, “as rare as Unitarians in our state.”

Windham chronicled the civil rights movement for the Selma Times-Journal through the fifties and sixties, churning out articles and photographs that documented the internal crisis of the South. In her day job, Windham wrote scathingly about the worst that Alabama had to offer: racist taunts, KKK gatherings, tear gas and billy clubs on the Edmund Pettus Bridge. But in her books, she celebrated the state’s best: folk artists, snake handlers, and magnificent chefs.

13 Alabama Ghosts and Jeffrey, Windham’s first in a series of state-by-state anthologies detailing the local “ghosts of distinction,” came out in 1969, when Birmingham was better known as “Bombingham.” It’s a charming book, the best of her “13 Ghosts” series, but it’s also a remarkable historical work. (It is, in fact, required reading in many state elementary schools for their local-history course.) 13 Alabama Ghosts is, at heart, a work of conservancy, preserving the tales passed down through families, footnotes to the official historical record. There’s the story of the luxurious steamboat Eliza Battle, Alabama’s Titanic, which caught fire in the icy waters of the Tombigbee River in 1854, killing half of its passengers. “On stormy nights,” Windham wrote, “they saw the great steamer rise up out of the troubled water … and always there was music, dancing tunes, providing a background for the shrieks of terror and cries for help that came from the phantom vessel.” The restless spirits of the Confederacy blow tobacco smoke at the current owners of their houses, and women who died childless tuck tots into bed with their ethereal hands.

But neither is Windham blind to the casual violence and systematic oppression that the old South represented. Many of the ghosts did not die peacefully. She writes, for example, of Henry Wells, a freed slave who was blamed for the arson of the Pickens County Courthouse in Carrolltown, a structure that the impoverished population had struggled to rebuild after the Civil War:

In a group of men gathered about the square on a sultry afternoon of his arrest feeling against him ran high … In a black ragged cloud west of town the rumbling of thunder lent an additional menace to the already ominous situation. Soon someone produced a rope. His face grey with fear, Wells shouted at the top of his lungs, “I am innocent. If you kill me, I am going to haunt you for the rest of my life!” And as later events proved, he did.

After the lynch mob had done their frenzied work and dispersed, an apparition in the image of Wells’ face, tense with fright, appeared in the courthouse window. It’s still there, streaky and pale, a Rorschach test for the Southern conscience.

In Windham’s tales, the romanticism of the South collides with the reality of its racial politics, myth and fact intertwine to present a picture of the South that is as true as any textbook. “The really good ghost stories tell us who we were, who our ancestors were,” Windham remarked in a documentary following the Alabama ghost trail. “We are storytellers in the South, we always have been.”

It’s not a novel sentiment. Flannery O’Connor, the mistress of Southern ghouls, wrote in her essay “The Grotesque in Southern Fiction” that the impulse to tell stories is an act of reparation “that demands that what falls at least be offered the chance to be restored.” Windham’s ghost tales offer a similar comfort, a hopefulness that the events of history are not as far gone as we might think, that they might still be corrected. What Windham recognized is that all history is made of ghost stories, whether we choose to believe them or not.

Margaret Eby is an Alabama-raised freelance writer living in Brooklyn.