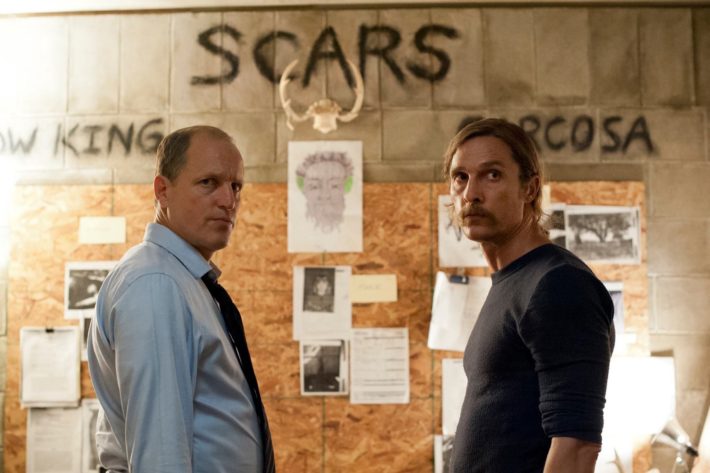 True Detective became a huge hit with audiences and critics upon its release in 2014. All the Southern Gothic themes are on display here: ritual murder, the pervasive influence of religion, systemic abuse of power, poverty, drug and alcohol addiction, prostitution, religious hypocrisy, infidelity, sexual depravity, conspiracy, secrets and lies. However, what really makes it work is the chemistry between the two leads, Matthew McConaughey as Rust Cohle and Woody Harrelson as Marty Hart. 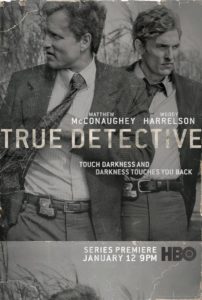 Despite their profound differences, it is their desire to see the child murders solved and the perpetrators captured, not to mention their mutual respect for one another, that makes them a compelling and efficient detective team, even if their personalities sometimes collide. For this reason, coupled with the beautiful cinematography and intelligent script, it is an existential Southern Gothic masterpiece.

True Detective takes its critique of religious fervor and fanaticism further than Night of the Hunter by distilling Nietzschean articulations about religion, faith and belief in God through the philosopher-cop Rust Cohle. One of the best examples of this occurs when he and Marty are at a revival. Rust is explaining the psychological need for why people need for an omniscient omni-powerful presence outside themselves, which involves a “transference of fear and self-loathing to an authoritarian vessel. It’s catharsis. He absorbs their dread with his narrative.” It is the absorption of such fear, dread and self-loathing into himself that the killer finds his own religious brand of cathartic release in the ritual violence he perpetrates and performs that gives his own life meaning. 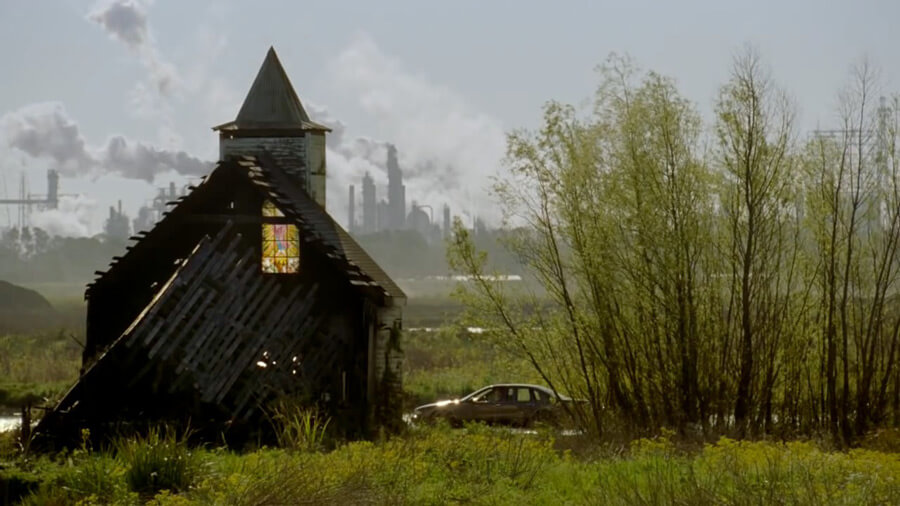 The series is also about narrative and storytelling within the Southern Gothic themes. Why it’s important, which narratives we choose to believe and which we choose to discard. The physical and mental exhaustion takes its toll on both men over the years as the unresolved case weighs heavily on them. In this regard, True Detective is also a great addition to the serial killer genre.